Most people understand that if they are going to the beach, or heading out to the pool, they need to be wearing sunscreen. That’s because sunscreen is incredibly effective at protecting you from damaging UV rays when used as directed.

‘Used as directed,’ at least when it comes to sunscreen, means you need to use about one ounce when applying it to your body (the size of a shot glass), AND you need to reapply every two hours or after you get out of any water.

“For most people, sunscreen compliance isn’t good,” says Derek Jouppi. “In a sense, sunscreen doesn’t fail us: we fail sunscreen because we either don’t use enough or don’t reapply often enough – and this is why we get sunburned and suffer the consequences (such as skin cancer) later on in life.”

Inspired by this, in 2014 when tasked with inventing something as the capstone of their engineering degrees at the University of Waterloo in Ontario, Canada, Derek and two of his friends Andrew Martinko and Chad Sweeting invented what would later become SPOTMYUV.

SPOTMYUV, a small, water-resistant sticker applied to any skin exposed to direct sunlight such as your arm or shoulder, helps the wearer know when it is time to reapply their sunscreen by changing color. Throughout the day, a SPOT sticker works to absorb the sunscreen’s UV protecting ingredients at about the same rate as your skin. The SPOT is clear when you are protected by your sunscreen and quickly turns into a deep purple as the sunscreen loses its effectiveness. By monitoring the SPOT, you get a real-time way to monitor your sunscreen without chancing sunburn. 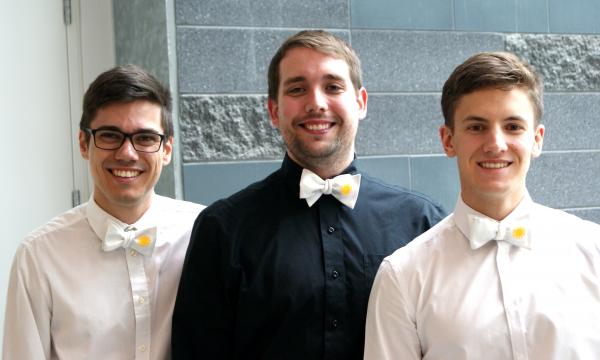 They took a term off of school to get into a science lab to explore their idea in earnest. Next, they began to apply for – and win – startup incubator prizes that allowed them to continue to flesh out their concept and the technology needed to make it happen. The trio, and their technology, continued to win awards – including the James Dyson Award in 2014, which “celebrates, encourages, and inspires the next generation of design engineers.”

“At that point, Suncayr became more than a hobby,” says Derek. “We realized that SPOTMYUV can actually help people use sunscreen better. This has been our pitch since day one.”

Each SPOT sticker is made of three layers that work together. The first layer, DermaTrue™, is a patented SPF sensing layer that acts like your skin. The second, uses a non-toxic, UV-sensing ink that turns purple in the presence of UV and clear when protected by enough sunscreen in sunlight. Finally, a swim-proof adhesive is used to keep the SPOT firmly planted for a day in the sun.

“While the technology that makes SPOTMYUV work is complicated, using it isn’t,” says Derek.  “If the SPOT is clear, you are good to go, but if it turns purple, it’s time to reapply your sunscreen,” says Derek.

While it takes one kind of smarts to develop the technology behind SPOTMYUV, it’s often a very different set of skills required to move such products to market.

As a successful entrepreneur, Claudia Harvey knows a good thing when she sees one. She founded her first company, Dig It Apparel, in 2008 with its flagship product Dig It Handwear® gloves, and soon added sunglasses and body products. By November of 2009, Claudia and Dig It had struck a deal with Kevin O’Leary, the famous venture capitalist of CBC Canada’s Dragons’ Den and NBC’s Shark Tank. The company has continued to grow ever since.

With Dig It’s focus on lifestyle and health, Claudia’s know-how on broad retail, and the ingenuity of the Suncayr founders– there was a perfect alignment, and after a year of discussion, Dig It acquired Suncayr in December 2020. Not only did this add SPOTMYUV to the Dig It family, it also made it available at over 7000 retail sites across the US and Canada with plans to expand to other markets soon.

Dig It CEO Claudia Harvey notes, “As a mother of three, I am committed to bringing products to the market that help people take care of themselves and their families. There has been no other product introduced in recent years that is more important for those who care about their sun safety than SPOTMYUV.”

The acquisition has been a win-win. Claudia can help market a product she loves, stating, “SPOTMYUV is easy to use, inclusive for people of all skin types, ages, and nationalities, and it can literally change lives. This was a great fit, and our customers were 100% onboard.” Moreover, the guys from Suncayr could see their product go worldwide.

“We started to talk about what we could accomplish together,” says Claudia. “Dig It already had the distribution network and the logistics-know-how to take SPOTMYUV global. We wanted anyone to be able to walk into a store and buy it, regardless of where they are.”

In April 2021, Dig It announced publicly that they had acquired Suncayr and would dramatically expand SPOTMYUV’s retail presence across the globe. “This will now be a product that will reach people all across the globe – all locations, all ages, all demographics,” says Claudia.

“We were a small team of three people. We were great at the chemistry and the clinical testing of the product, but ultimately our team knew what we were good at,” says Derek. “But together, we can make it happen. We can get this out there to the people who need it.” 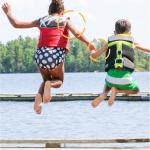 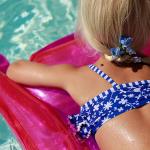 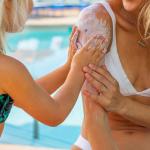 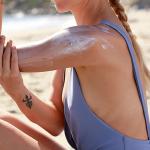 SPOTMYUV can now be purchased at stores, including CVS Pharmacies and Walmart in the United States. Prices start at 7.99 for a pack of 6 stickers and can be used with your choice of sunscreen.